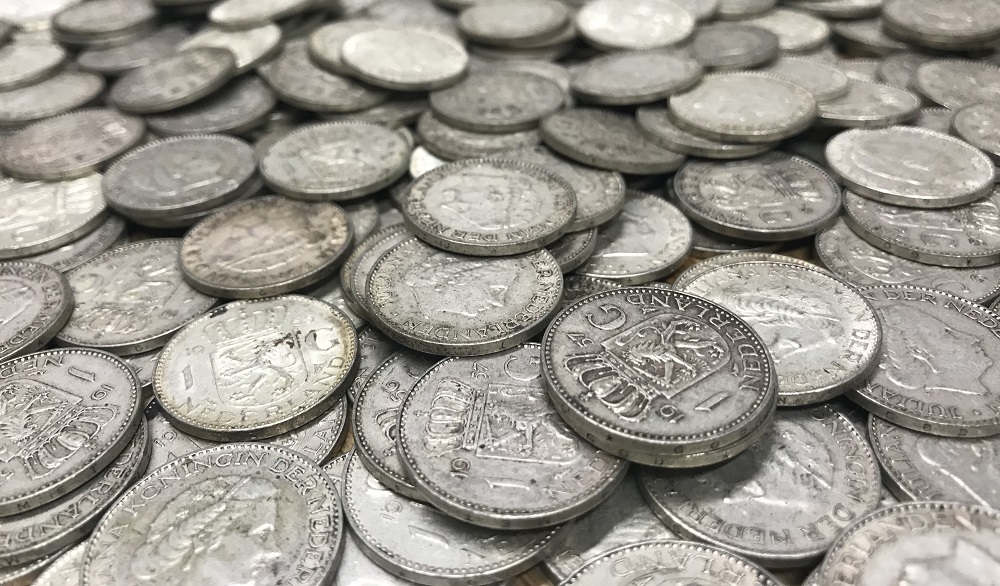 Why silver will not return as money

One of the reasons people mention to invest in silver is that this precious metal could – according to some – return to a monetary asset somewhere in the future. This is because people will fall back on silver coins as an alternative means of payment, once fiat money becomes worthless. This is because silver has retained value throughout the years. Despite this, it is very unlikely to expect central banks and governments to embrace silver coinage once again. To understand this, we only have to read the speech president Lyndon B. Johnson gave when he signed the Coinage Act in 1965…

For centuries silver has been used to create coinage, because the metal has some beneficial properties. The total above ground supply of the precious metal was relatively big compared to the annual mining production, which gave some stability to the price of the metal. Also, silver is very resistant to corrosion and it has anti-bacterial properties. These properties are great for a piece of metal that has to circulate from one person to another.

Two generations ago, silver was still widely used for the production of official coinage, but today all countries have abandoned the use of the precious metal for coinage. The silver coins still do exist, but they are hoarded because of their intrinsic value. Bags of silver coinage can be bought all over the world for the spot price of silver.

For day to day payments silver coinage has been replaced with coinage made from base metals like zinc and nickel. Also, coinage in general is gradually being replaced with digital bank transactions.

Back to the US, where the silver coinage was abandoned earlier with the Coinage Act of 1965. On 23 July 1965, president Johnson held a speech before Congress in which he explained why the government was about the stop minting silver coinage. I would like to highlight the following part of the speech.

“Now, all of you know these changes are necessary for a very simple reason–silver is a scarce material. Our uses of silver are growing as our population and our economy grows. The hard fact is that silver consumption is now more than double new silver production each year. So, in the face of this worldwide shortage of silver, and our rapidly growing need for coins, the only really prudent course was to reduce our dependence upon silver for making our coins. If we had not done so, we would have risked chronic coin shortages in the very near future.”

I have highlighted the most essential fragments in bold text. Back in the sixties, the industrial demand for silver started to increase, which made it less attractive to continue using silver for coinage. With the threat of a future silver shortage, the production costs of silver coinage would rise, as well as the costs of all consumer goods which required silver. This was the reason why the government decided to stop producing silver coinage.

Silver: From monetary to industrial metal

The fact that silver has so many industrial applications is problematic when you want to use silver for coinage as well. In other words: The more silver is used in the industry, the less likely is the return to silver coinage. Why would anyone hostage silver in coins, when the metal is so extremely useful for water filters, computers, laptops, televisions, smartphones, fridges, solar panels, batteries, antibacterial coatings and so on…?

If we were to re-introduce silver coinage, we would have to accept a price increase for all the goods in which silver has been applied. Why would we do that, when fiat money works just as well as medium of exchange for day to day transactions. As I have stated before in my column ‘Freegold: Why Gold is not Money‘, money is an accounting system. As long as the integrity of this system is guaranteed, people will accept ‘worthless’ coins, paper money and numbers on bank accounts as medium of exchange.

For centuries silver has been used as money. So why wouldn’t this be the case in the future? To make my case I present two changes that impact silver.

The first things is that currency itself evolves over time. Today, digital payments are much more convenient and people accept fiat money without hesitation. All over the world, there is little support for linking currencies to gold or silver. Many central banks already value gold to the free market price, recognizing that currencies are not on equal footing with gold. Regarding silver: central banks and governments sold their silver reserves and removes silver from the coinage for the reasons mentioned above.

The second change is the industrial usage of silver, which was practically non-existent more than hundred years ago. Before the technological revolution, silver was more like gold. It also had little practical usage, other than jewellery and decoration. Now we need so much silver for industrial applications, it becomes harder and harder to justify a return to silver coinage anywhere in the world. This is what president Johnson was referring to in his 1965 speech on the Coinage Act.

Silver remains a very useful and valuable precious metal, but the days silver was used as money are behind us. Investors still buy silver coins because of their intrinsic value. Fiat money has no intrinsic value, but is perfectly suitable as a medium of exchange for daily transactions. In the long run, the silver price  will be determined by the industrial demand and the mining production of the metal.

3 gedachten over “Why silver will not return as money”