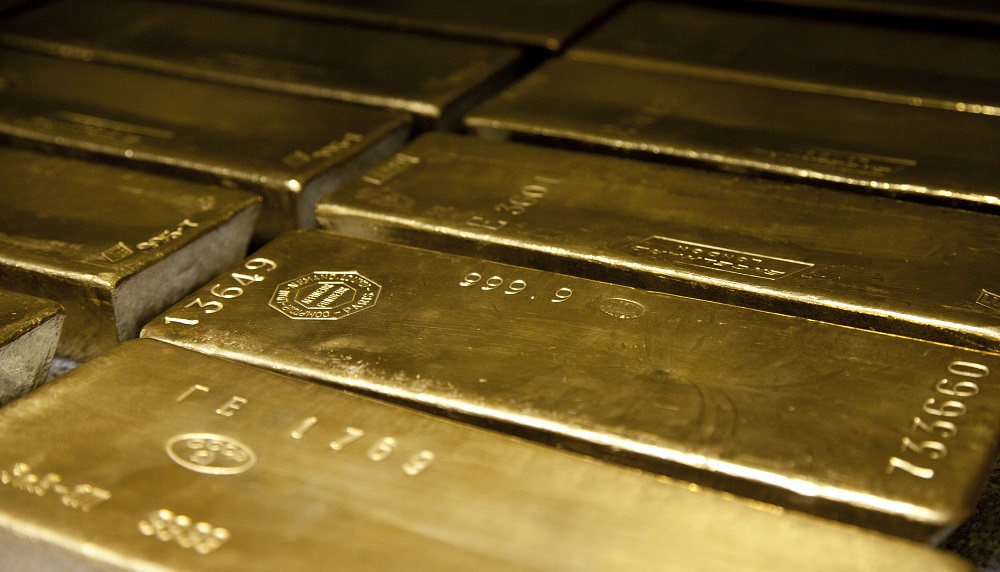 Freegold: Why gold is not money

Quite often we hear ‘gold bugs’ saying “gold is money”. Or that it should be money again, for example by linking the value of money to a certain amount of gold. These sentiments are characteristic for a time in which central banks provide almost unlimited amounts of liquidity to the banking system and in which banks are saved by taxpayers for billions of dollars. Yet gold bugs should understand that the monetary problems are not solved with a return to gold money.

The idea of linking money to a fixed amount of gold has some prominent supporters. People like Ron Paul, Mike Maloney, Peter Schiff and many others are very popular among the goldbugs for their view on gold. Inspired by the Austrian school of economics they oppose the Keynesian view and plead for a return to ‘sound money’, that is money with intrinsic value. According to many gold bugs we could limit the power of the banks and governments with a return to money backed by the precious metal.

By imposing a gold-exchange standard we could end the fractional reserve banking, forcing governments to live within their means. Expensive wars would be limited in scope and duration, because governments would not be able to finance it. A gold exchange standard would discipline both banks and governments, according to the proponents of a return to a gold-backed currency.

The failure of the Bretton Woods system proves that linking money to a specific amount of gold will end sooner or later. The Americans promised a dollar ‘as good as gold’ after the second World War, promising foreign countries to exchange dollars for gold at a fixed rate of $35/oz. The world started accepting  Treasuries from the United States government as a central bank reserve equal to gold. As long as those dollar reserves could be exchanged for physical yellow metal at a fixed rate, those dollar reserves would indeed be as valuable as the gold itself.

However, the gold exchange standard of Bretton Woods did not impose a limit on credit expansion in the United States. The US could keep on living beyond their means, because other countries saw no other purpose for their dollars other than lending them back to the US. Exporting countries put dollar denominated debt on their balance sheet as backing for their own currency, like if it was a gold reserve. The US debt piled up in the rest of the world, while the dollar was still valued as if it were physical gold. It was a remarkable exorbitant privilege, which was threatened for the first time during the sixties.

France, the Netherlands and other European countries started exchanging their dollar reserves (euro dollars) for gold at the US Treasury. Within a few years it was abundantly clear to everyone that the US couldn’t keep it’s promise to deliver gold at $35 per troy ounce. The dollar for gold exchange window had to be closed in 1971, to prevent the US running out of it’s remaining ~8100 tonnes of metal.

Linking gold to a currency is always doomed to fail. The expansion of the money supply through bank lending and government deficit spending puts pressure on a fixed gold price, a pressure which can only be released by either revaluing gold at a higher price (from $20,67 to $35 per troy ounce in 1934) or by selling gold (London Gold Pool during the sixties). There is no discipline in a gold standard which links gold to the currency, it is just a matter of time before we can all agree it has failed. How long such a gold standard can live depends on the price at which the gold is fixed, how much gold there is in the vault to back up the currency and how fast the supply of currency expands. The only certainty is that it will fail sooner of later.

Sooner or later people will see the scam in such a gold standard and start demanding the undervalued physical gold in exchange for the vastly overvalued paper currency. This can happen on a national level, but also on a global scale as we saw in the late sixties.

Don’t be mistaken when I say gold is not money. It is a precious and valuable asset! The metal does not degrade, has a high liquidity and is recognized worldwide. The high stock to flow ratio means total supply of gold cannot be diluted in a short time frame. The idea that gold should be money is based on the past, when both gold and silver were used as a tradable good. Back then, goods were exchanged for goods and gold and silver were the most liquid ones available to the market. Because the value was only in the metal itself, private gold smiths could make coins with standardized weight and purity to improve the trade.

This was the first step to money based on mutual trust. Coins with standard weight and purity could be exchanged much easier than raw pieces of precious metal, because people trusted the goldsmith and didn’t need to assess every single piece of gold as thoroughly as they would with random pieces of gold and silver.

However, the use of gold and silver coins in trade was still a form of barter. There was a direct exchange of goods (livestock, food, tools) and services for other goods (gold, silver).

As the time passed by, people started to figure out it was much easier to exchange promises instead of gold and silver coins. Banks emerged when goldsmiths handed out unbacked gold certificates to clients, pieces of paper which were not backed by gold in the goldsmith’s vault.

This was the turning point in the history of money, because the money evolved from asset to liability. No longer was the value of money based on the value of the precious metal, but by the knowledge that the money would be accepted as a means of payment for other goods or services. Central banks and governments guarantee the acceptance of the currency. Money evolved from a barter tool to a bookkeeping system, in which the currency is used to facilitate the exchange of goods and services. Think of it as a large scoreboard.

Money became a claim on the productivity in the real world economy, a claim which would be guaranteed by a central bank. That’s why there is a signature of the head of the central bank on every banknote. Money nowadays is nothing more or less than the representation of a social contract, as Wim Duisenberg put it in his acceptance speech in 2002. He said the following about money:

“We engage in an exchange of goods and services everyday by using money as the means of exchange; and we offer our labour in exchange for money, which, in itself, has no value. We only do this because we believe that we will, in turn, be able to exchange that money for more goods or services. This fact tells us much about the confidence that we place in money itself. And it tells us much more about the confidence that we place in each other. Hence, money is, in essence, a social contract.“

FOFOA also describes money as an accounting system, symbolized by physical representations in the form of coins and notes that have almost no intrinsic value. This is what he said in one of his articles.

Gold is not money

Money is debt, created by the banks to fulfill the demand for debt in a society. The primary goal of this debt is to improve the flow of goods and services in the economy. Money in it’s current form is an excellent unit of account and medium of exchange. Euro’s, dollars and other fiat currencies are much easier for daily transactions than gold and silver coins.

The yellow metal is much more useful as an antipode of debt, being the currency in circulation. Gold as a physical asset that compensates for the loss of value in fiat currencies. When you take this perspective, it might be no surprise for you that gold is the number one asset on the Eurosystem balancesheet. On the opposite side of the balance sheet, we find currency in circulation.

The gold reserve is revalued quarterly to reflect the market value of gold. An increase in the price of gold increased the value of the gold reserve, as well as the revaluation account in the liabilities side of the balance sheet. When the price of the precious metal goes down, the same amount is deducted from the revaluation account. So the price of gold can move freely in this system. The undervaluation of gold in in fixed gold standard is solved, once we stop striving for a fixed price of the precious metal in currency terms.

While fiat currency is the most convenient instrument for daily transactions as a unit of account and a medium of exchange, physical gold is the most useful store of value. The metal has all the desirable properties for those wanting to store purchasing power for future consumption. When buying gold, you exchange your fiat currency for a piece of useless gold metal. This is beneficial for all of us, because this transaction doesn’t involve interest. The alternative is to lend money, which requires a certain amount of interest. By exchanging excess currency for gold, one makes his currency available without interest attached to the transaction.

The possession of gold is not only being promoted in China, but also in the Eurozone with the special tax exemption on gold. It is a recognition of gold as a wealth asset, available for those producing more than they consume. Savers can protect their wealth in gold (among other tangible assets), a metal which can appreciate in value without damaging the real economy.

85 gedachten over “Freegold: Why gold is not money”